Huawei is rolling out a new EMUI 12 update that brings features for the latest hardware. The company has published a list of eligible devices, so make sure you have your device checked to see if it’s on the list! 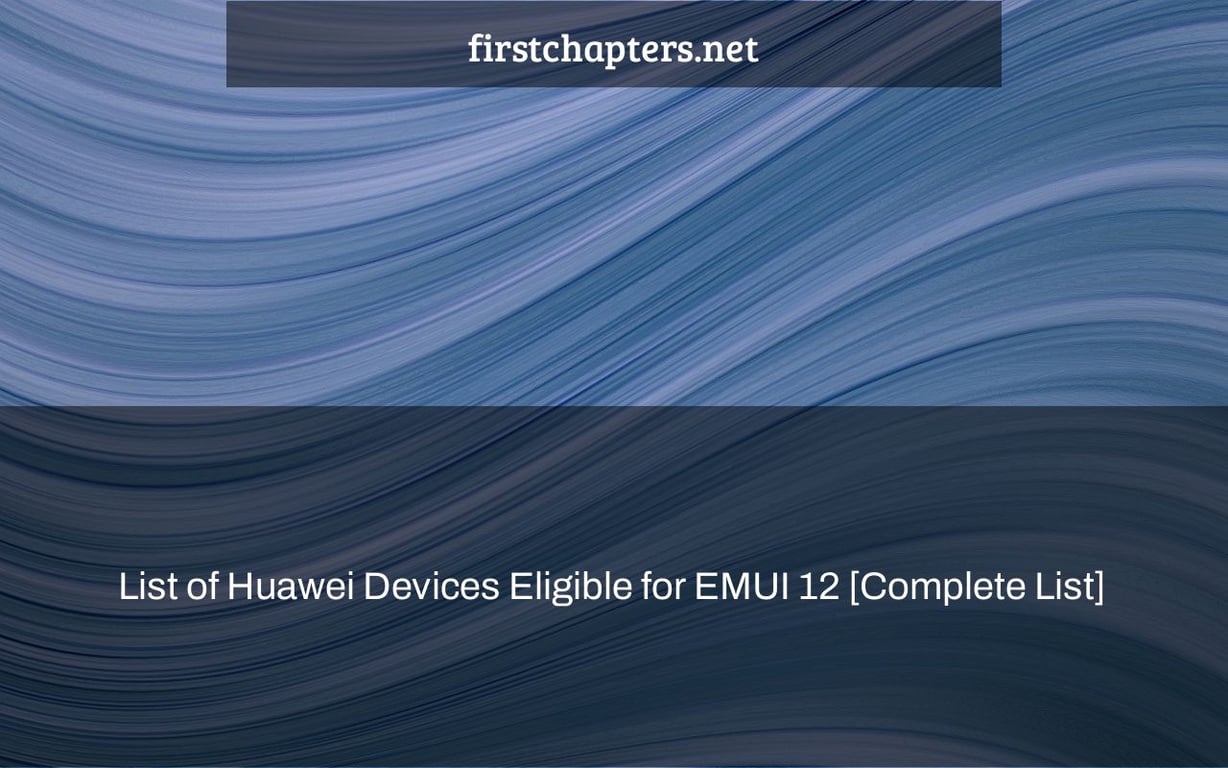 Several smartphone OEMs have begun working on significant UI changes in the last several months, including One UI 4.0, ColorOS 12, MIUI 13, and others. Huawei is another manufacturer working on the EMUI 12 upgrade for its phones. EMUI 12 is based on Android, like other custom operating systems. The list of EMUI 12 Eligible Huawei Phones can be found here.

Harmony OS, Huawei’s own non-Android operating system, is already available for Huawei phones, although it is only available in China. Huawei will preserve the Android-based EMUI upgrade for worldwide models. While Harmony OS 2 will not be accessible for Huawei phones sold in other countries, some of its capabilities will be included in EMUI 12. EMUI 12 was introduced a few weeks ago, and along with the new functionality, Huawei also issued a list of devices that are compatible with it. The OEM has not stated which Android version EMUI 12 will be compatible with. The Nova 9 is an Android 11-based smartphone that runs on EMUI 12. So we can claim it will run on Android 11, but we’ll have to wait for official confirmation.

EMUI 12 has a number of new features and enhancements, which we’ll go through below the list. If you’re a Huawei user outside of China, you’re probably looking forward to the latest EMUI 12 upgrade. You may also check the list below to see whether your Huawei phone is eligible for the EMUI 12 upgrade or not. The list is official, and Huawei has made it public. Let’s take a look at the Huawei phones that are compatible with EMUI 12.

Now let’s speak about some of the new features and modifications that EMUI 12 will bring to Huawei phones. EMUI 12 introduces significant UI modifications based on Minimalistic and Realistic design principles. To make the animation smoother and more colourful, Huawei said they used realistic gravity and magnet motion design. Users may now adjust the text size and weight with a slider in EMUI 12 to their liking.

EMUI 12 is also concerned with the Huawei ecosystem’s integration. Users may choose from the Vision, Headset, MatePad, and MateBook choices in the control panel for multi-screen collaboration between Huawei phones and other Huawei devices. With EMUI 12, Huawei devices will get a slew of new features. If your Huawei phone is compatible with EMUI 12, you’ll soon be able to use all of these capabilities.

If you have any questions, please leave them in the comment box. Also, please spread the word about this post to your friends.

The “List of Huawei Devices Eligible for EMUI 12” is a list that includes the devices that will be updated to EMUI 12. The list is complete and includes all the models. Reference: huawei emui 11 update list.

Which devices will get EMUI 12?

A: To get EMUI 12 on your Huawei phone, youll need to download the update manually.

Which devices will get EMUI 11?

A: Huawei has not released their official list of devices that will be updated to EMUI 11, but according to the company website they are in fact due for a release soon.

Beyond a Steel Sky Review; A Return to The Golden Age of Gaming