One of the most highly anticipated games of this generation, Beyond a Steel Sky is finally available. Does it live up to expectations? This review will explore that question and more! 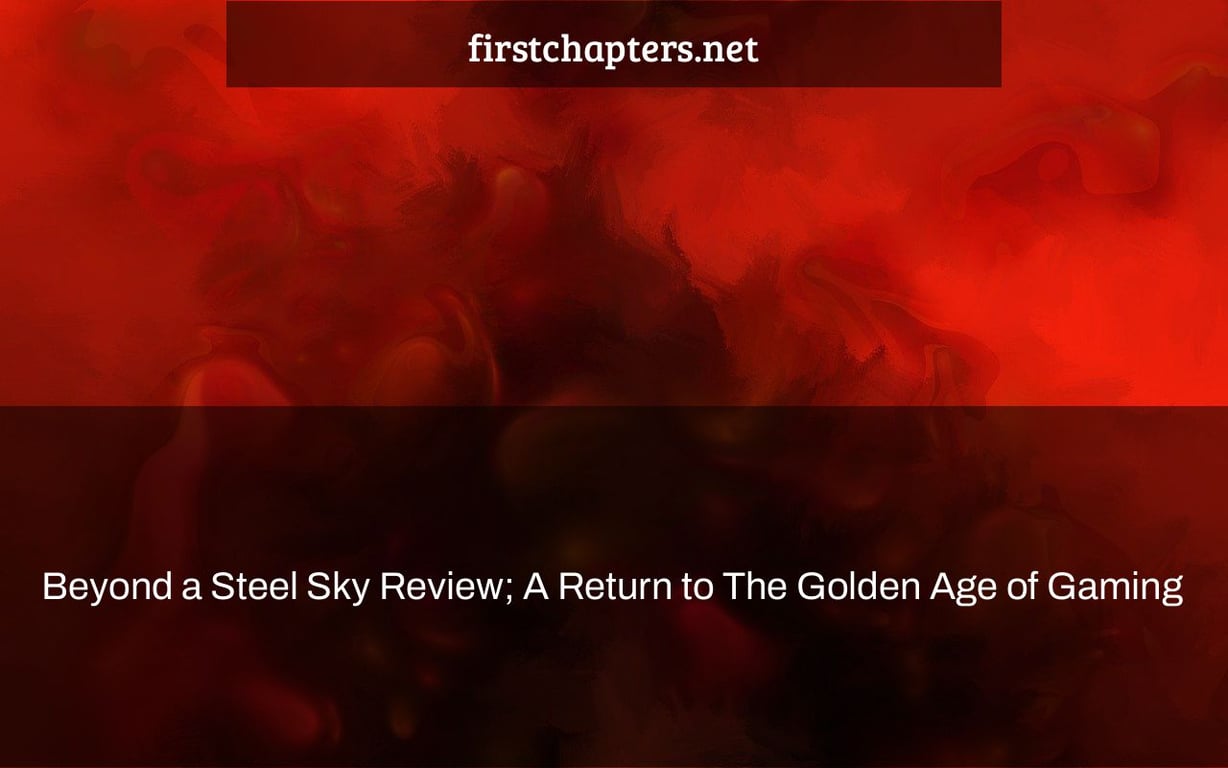 Beyond a Steel Sky took me back to my childhood days of playing Monkey Island and Simon the Sorcerer, but without the point-and-click gameplay and with superior visuals.

Is there a sequel to Beyond a Steel Sky?

First and foremost, let’s get this question out of the way. Yes, it is a sequel to the smash popular game Beneath A Steel Sky, which was released in 1994 and was a huge success.

Both games revolve on Robert Foster and the events that occur in Union City around him. Beyond a Steel Sky, on the other hand, is set ten years after the initial game, and things have changed in Union City. 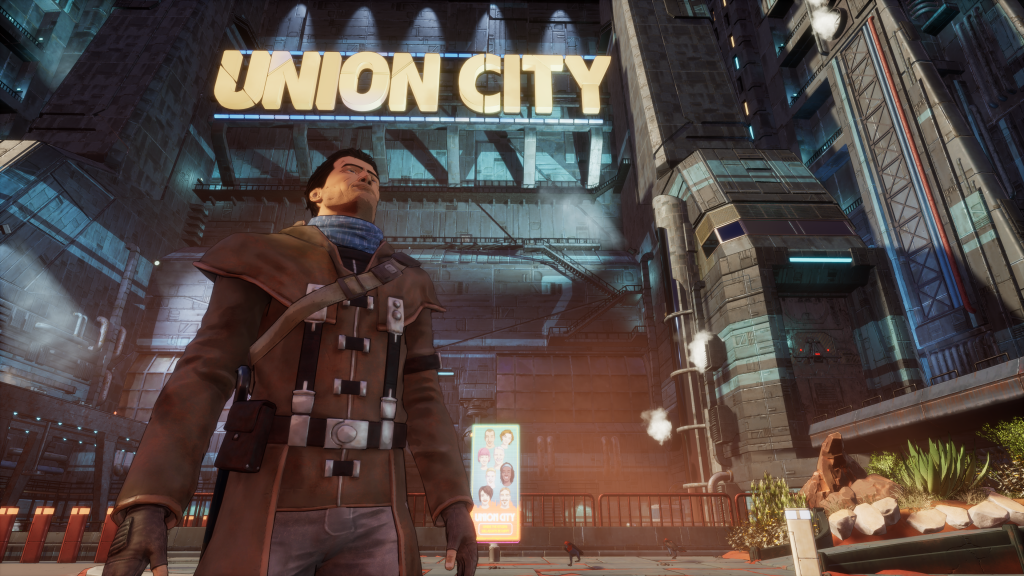 The Story of Beyond a Steel Sky

Robert has been living in the Gap since the events of the previous game, but after seeing a child being taken by a massive machine, he is immediately attracted back to Union City.

But not everything is as Robert recalls. Instead of leaving the city in the hands of his comrade Joey, the city is now administered by the council, and Joey is nowhere to be found. 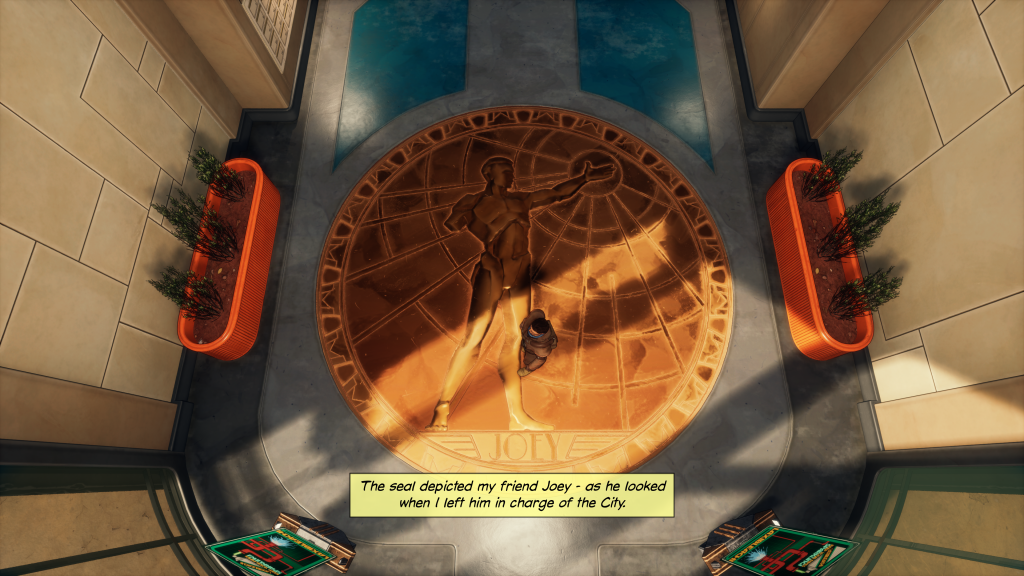 The city has certainly prospered, and citizens seem to be in high spirits. But when Robert makes his way into the city using the stolen identity of a guy named Graham, it’s clear that all of this enjoyment is a ruse.

A statistic known as Qdos is used to assess citizens. Their health, job, happiness, and every other element of their existence are all rated and utilized to determine their social status in the city.

Gameplay in Beyond a Steel Sky

While Beyond a Steel Sky departs from the original’s typical point-and-click gameplay, it remains a puzzle game that throws you into some really challenging riddles right away.

Players are plunged into puzzles very immediately when Robert returns to Union City. They must figure out how to unlock the bridge and enter the city via a secured car entrance’s parking lot. 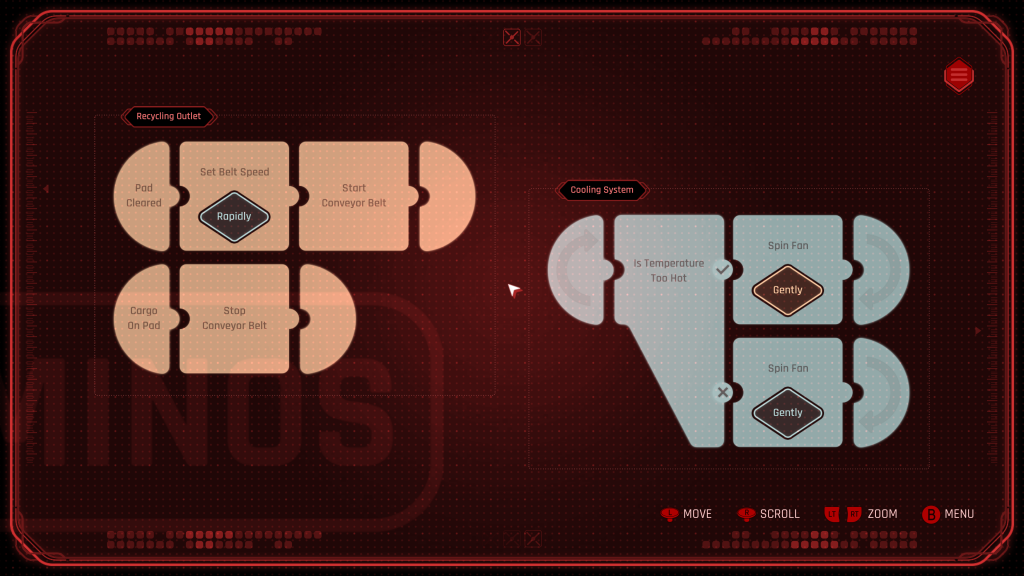 Many of the problems include hacking devices and modifying their behavior to benefit Robert. While some of them aren’t too difficult, the most of them may be rather challenging.

Most of the time, these puzzles are a blast to solve, but on rare occasions, they’ve seemed a little too random, leaving me wondering how I was supposed to solve that one.

Beyond a Steel Sky’s cel-shaded graphic design is a visual joy, and the freedom to walk about more freely than in a standard point-and-click game means there are lots of chances to take in the cyberpunk-styled metropolis.

How long does Beyond a Steel Sky take to complete?

It’s quite straightforward to estimate a game’s completion time in most cases, although it may be a bit more challenging in games with complex riddles.

The game should run between 9 and 10 hours for most individuals. However, if you are unfamiliar with puzzle games or find certain riddles to be more difficult than others, it will undoubtedly take you longer.

This might also slow you down if you’re an accomplishment chaser or easily distracted by the environment or other parts of the game.

Personally, I would not recommend rushing through Beyond a Steel Sky. If you speed through the game, you’ll miss a lot of callbacks to the original game, as well as a lot of other stuff to see and do.

Beyond a Steel Sky took some daring decisions for a long-awaited sequel. The game only goes to show that taking risks may pay off in the end.

I could tell from the outset that Beyond a Steel Sky was going to be something remarkable, and I found myself sucked in very quickly by the game’s intriguing premise, eager to find out more.

I did run across a few technical issues while playing, but they were mostly tiny graphical glitches that were annoyances at best, but not game-breaking.

Beyond a Steel Sky is a sci-fi point and click adventure game that takes place in the year 2038. The game was originally released in 1993, but has been remade to be compatible with modern computers. Reviewers have praised the game for being an excellent example of classic point and click games. Reference: beyond a steel sky review ign.