On April 18, 1906 a massive earthquake occurred in San Simeon. The quake measured 8.3 on the Richter scale and it is estimated to have killed up to 3,000 people inland and 1,500 near shore due to liquefaction of coastal sand:

The “how long do earthquakes last” is a question that has been asked for 18 years since the San Simeon earthquake. The answer to this question is it depends on how big the earthquake is and how close it is to the epicenter. 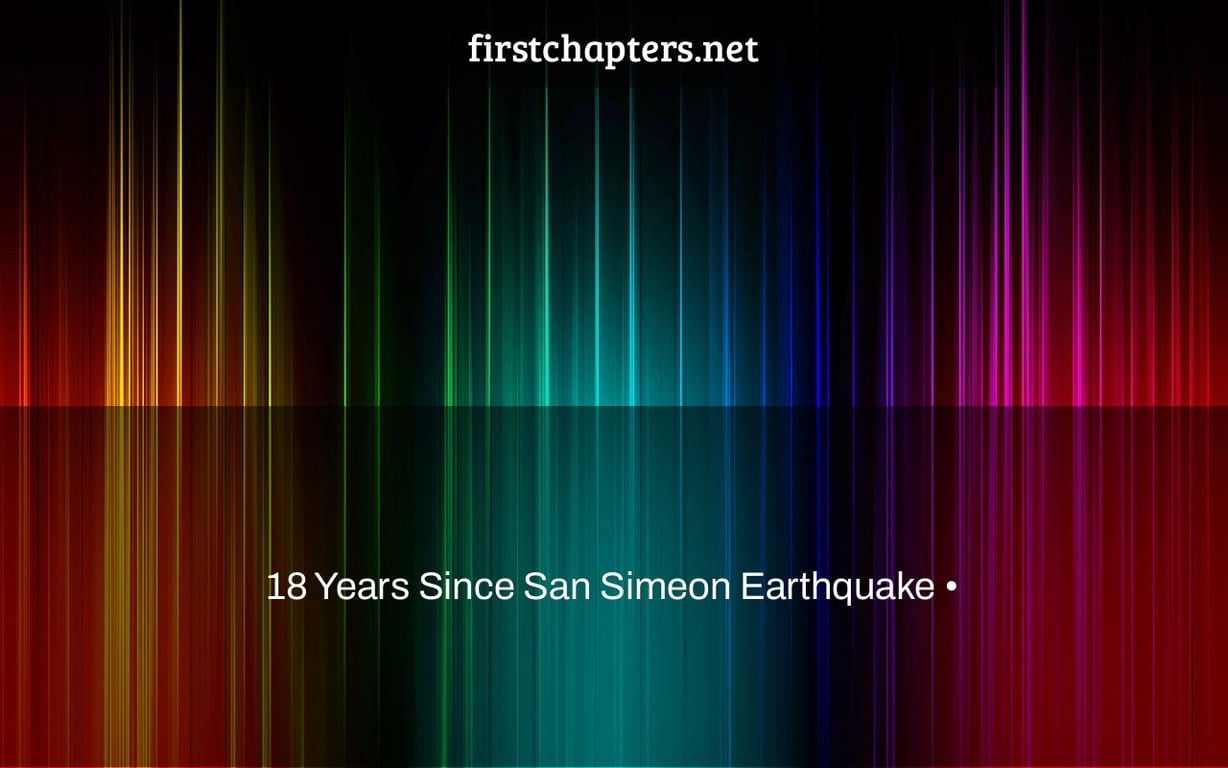 The 6.5 magnitude earthquake shook the Central Coast, including Paso Robles as its epicenter. The “rotten eggs” period of Paso Robles began when two sulfur hot springs erupted, one behind the Paso Robles City Library and the other near the Paso Robles Street exit.

The ancient brick structures of the city, some of which are over a century old, suffered more significant damage. Jennifer Murick (19) of Atascadero and Marilyn Zafuto (19) of Los Angeles were killed when the famed Acron Building on Park and 12th Street fell (55).

The earthquake was felt all the way in Los Angeles, and structures were damaged all around the county. The San Miguel Mission sustained $15 million in damage, while the George H. Flamson Middle School sustained significant damage. The 110-year-old Bethel Lutheran Church in Templeton was severely damaged, and the apse had to be rebuilt. Then-Governor of California Arnold Schwarzenegger went to Paso Robles to see the devastation caused by the earthquake and offer his condolences to the victims.

On the 16th anniversary of the quake, Sergeant Tod Rehner reminisced on the days after the disaster.

“When the earthquake struck, I was off duty. I recall it beginning as a slow roller, but then picking up speed as the intensity rose. When the earth began to tremble violently, pictures began to tumble from the walls, increasing the quake’s severity. The rumbling ceased after what felt like minutes. Our backyard pool had three-foot-high waves breaking against the pool’s edge. Fortunately, our home sustained no damage.

I went to work with my K9, Yasko, as soon as we were all alright. Even on the way to work, the destruction was obvious. Buildings were destroyed, debris littered the streets, and there was no electricity in the area. The downtown area resembled a battleground. A number of structures had partly fallen, and parked automobiles had been crushed by the falling rubble. As PRFD was already checking the buildings for trapped civilians and injuries, Yasko and I were sent to the Downtown area for security. It was strange to see the structures that had been standing for hours suddenly reduced to massive mounds of bricks.

The rotation of 12-hour shifts for the whole department began that morning. Because all of the shops had goods inside, the city erected a chain link fence around the whole downtown area. On a shift, there were around four of us committed to monitoring the downtown area 24 hours a day. We heard that Pan Jewelers, which was located on the corner of 12th and Park at the time, still had over a million dollars worth of product in its ruins. One of the reasons we remained in the region all day and night was because of this. We sat around a few fold-up tables, warmed by a gas heater, while the Red Cross gave us with food when we were hungry. Those nights were long, as we patrolled on foot and then returned to the warmth while the next officers patrolled on foot. The whole week downtown was depressing since the knowledge that lives had been lost near by was constantly there, as proven by the wreckage surrounding us.”